How can an encoder enhance the UAV's video system

How can an encoder enhance the UAV's video system

The Technology has benified every corner of our daily life in any respect. Driving by drone (UAV) technology, we can see our world a different vision, encoder or recorder plays an important role in thie industry.

What are pivotal for the encoder in drone video system?

First and foremost, there are generally three different kind of workflow for the video system in the UAV indsustries from our experience.

1- Acting as a video recorder in the system.

As far as we know, we cannot loss data of the video from the drone, especially for some cases while there are some uncertainty during the journey, encoder with recording system has been a key for such scenario for safeguarding the data security, we have customized our K6 encoder for such scenario, want to hear details?

2- Acting as a receiver on the ground.

The video encoder will be connected to the controller of the drone in the control room, most of our encoders can fit such scenarioes but just need to think about the type of connector. 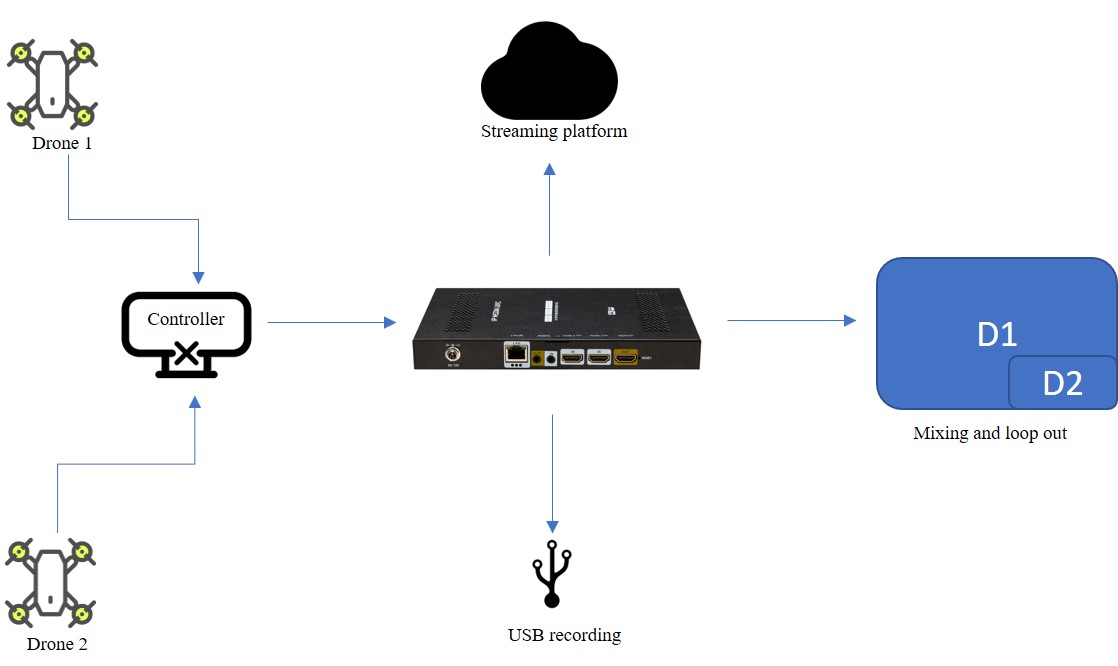 Both network and encoder integration are required for such scenario, the encoder will be generally put inside the pod of the drone with the camera and network facilities. Latency has been very critical for such applications, and for military integration, GPS, metadata etc would be required, chat with us for more details if you would like to hear more.